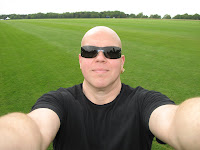 Then? The home stretch to home renovation which will begin around August 1st. We have to finalize plans with the architect/general contractor, arrange for a mover to pack and store our stuff (we'll have to move out for about four months), and about a zillion other things that I don't really care to think about at the moment.
Posted by The Big Finn at 6/09/2011 10:15:00 AM 1 comment: