...I took the tram to Basel's main train station, plunked down nearly fifty bucks, and came home with two stunning blondes. Yes, I'm a sucker for these talented, beautiful ladies, and I have no shame.* 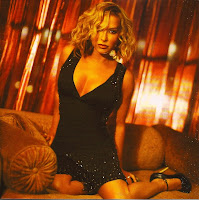 Anastacia's new CD came out last month. It was actually released on the day after we came back from Paris, and I was too busy preparing to leave for Chicago to buy it back then. I just figured I'd buy it in Chicago, but I found out that it won't be released in the U.S. until a date "TBA" in 2009.

It still amazes me that Anastacia is only a HUGE star outside of the U.S. What's up with that? I mean, she's American for God's sake!!! Not only is she American, but she's the best kind of American: Chicagoan-American!!! 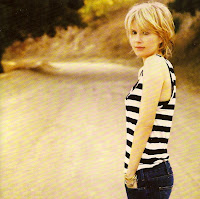 The lady on my other arm was Dido. I don't know what it is about her, but her music just gets to me. I always tell Mrs. TBF that she has the "voice of an angel" and "sings to my heart". Her new CD was released TODAY, and I rushed out (like a sissy) and bought it! Not only that, but I then rushed HOME like a sissy and listened to it immediately.

I'm a bit ashamed to admit that I got tingles on the back of my neck and felt stinging behind my eyes a couple of times while it was playing.

WHAT'S WRONG WITH ME?

Great choice TBF!! I downloaded "Heavy Rotation" from iTunes last week and simply love that rocky, raw voice of Anastacia. Excellent album! Just tried to download Dido as well but there's something wrong with the iTunes store. I'll be back later topurchase it...

I don't understand it either that Anastacia's not well known in N.-A. We've already downloaded her and Pink's new CDs. Today will be Dido's turn.

I LOVE Anastacia, but then I'm gay so that's a given!