Here's what I'm listening to these days: 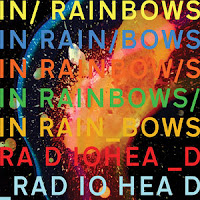 This is Radiohead's seventh album which now qualifies them (must have at least seven studio albums...one for each day) for an artist/group whose catalog I would want to have along with me if I just happened to be stranded on a desert island...with electricity (or at least a solar panel) so I could charge up the iPod. Rush and Yes are two other obvious choices for me, but I'm having trouble picking the other two to round out my top five. Pink Floyd? Genesis? U2? Kate Bush? Led Zeppelin?

Who would you choose for your top five? 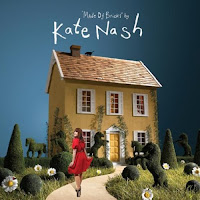 Kate Nash: "Made of Bricks"

Email ThisBlogThis!Share to TwitterShare to FacebookShare to Pinterest
Labels: Kate Nash, Radiohead, what I'm listening to

My top five albums for a desert island? Hmmm. In no particular order:

Fat Sal - Top five CATALOGS, not top five albums. However, The Beatles' catalog would definitely be one that would have to be considered.