Turn It On Again! 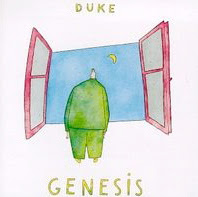 I just bought two tickets for us to go see Genesis when they play at the Stade de Suisse in Bern in June during their "Turn It On Again" Tour - their first tour in fifteen years. It's been a long time since I last saw them in concert; the first time was in June, 1980 (the "Duke" tour) and then I saw them again during the summer of 1982 or 1983. Let me tell you something...

Genesis tickets cost A LOT more now than they cost back in the 80s. WOW!

I guess I could have saved about 35% on the tickets if I had opted for the Stehplatz (standing room) area, but I'm a LAZY (read: old) concert-goer and I thought we'd be happier with the reserved seats. The thought of standing for 2+ hours on my "glass" knees isn't too appealing to me. Plus, Mrs. TBF isn't the tallest person in the world, and I didn't want her to have to be standing on her tippy-toes (although it would be kind of cute!) struggling to see the stage.

The high ticket price kind of surprised me. I mean, I just read a quote from Phil Collins in Rolling Stone where he said that they're not doing the tour for the money because "...we're all loaded!"

I'm soooo happy for them!

I had big plans of us going to Bern early, checking into a nice hotel, having a late lunch, going to the concert, eating a late dinner afterward, spending a night in L.O.L., and then heading back to Basel the next morning. However, since I just paid so much money to go see a bunch of "loaded" guys reliving the good old days, I'll probably end up calling our friend James - who lives in Bern - to see if we might be able to crash at his place that night.

I'd prefer sitting, too. I've become a bit more demanding (lazy) with age :)

I think I wore out the grooves in my Duke album.